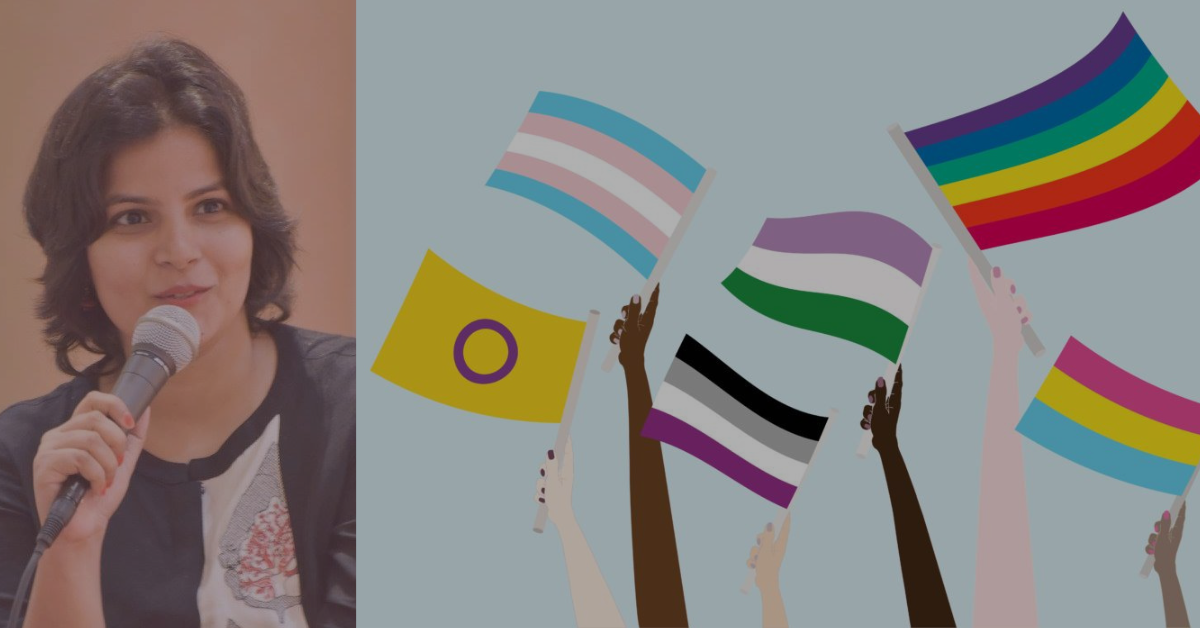 Intersectional Approaches to Freedom of Expression

In theory everyone has the right to freedom of opinion and expression, but are our realities that utopic? Find out on this blog post by Sonal Giani, Senior Technical Advisor at the International Plann...

Article 19 of the Universal Declaration of Human Rights states:

'Everyone has the right to freedom of opinion and expression; this right includes freedom to hold opinions without interference and to seek, receive and impart information and ideas through any media and regardless of frontiers.’

But are our realities that utopic?

In a jarring turn of events, earlier in September 2022, Iran sentenced two lesbian women to death. They were charged with "corruption on earth" and human trafficking.

“My biggest hope in life is to raise the rainbow flag in Iran and shout this fact that we exist," said Zahra Sadiqi Hamedani (31), also known as Sareh, talking to BBC Persian in May 2021. Five months later, Iran’s revolutionary guard arrested her. She has been sentenced to death, along with another woman, Elham Choubdar (24).

Meanwhile in South Asia, LGBTQI+ rights or concerns are often seen as a Western problem or an issue of 'other' cultures. Unsubstantiated claims that no queer communities exist in these countries by bureaucratic and administrative functionaries are common. In India, lesbian, bisexual, or transmasculine activists doing human rights rescue work are also often accused of human trafficking. In a patriarchal world, law enforcement does not recognize ‘women who desire’ or ‘women who reject their assigned gender identity as independent decision-makers. The right to bodily autonomy as a concept is absent. Bodily integrity is the freedom from restraint and interference from others in matters relating to one’s body. This includes sexuality – normative or alternative. However, this is not considered and cannot even be imagined in most cases. The prevailing attitude is that a ‘sexual’ woman who does not want to conform to social norms is either of dubious moral character, i.e., ‘corrupted’ or has been trafficked. This is a widespread conflation that perhaps is also in place because, in essence, both sex work and alternative sexualities challenge heteronormative norms and the institution of marriage at its very foundation. When gender norms are challenged, this is met with vociferous resistance and conditioning that affirms hegemonic control and conformity.

On 21st September 2022, news agencies in Bangladesh carried a news story about locals in Jamalpur handing over two young girls and their two accomplices to the police on charges of same-sex marriage. The women were interrogated in the presence of hundreds of people, including the Village Union Chairman, before being detained by him, in a gross violation of their privacy and dignity. Across South Asia, even gender-conforming individuals often don’t have the right to make their own life decisions without accounting for social hierarchies and for the hegemonic influence of patriarchy.

Towards intersectional approaches to gender and sexuality

In many countries, the claim against advocating for queer rights is that advocacy is impossible because ‘gender norms’ (i.e. cisgender norms) themselves are overwhelmingly ‘regressive.’ However, it is dangerous when LGBTQIA+ rights are talked about as isolated from gender, with gender only being examined from a cis-heteronormative lens. This separation of gender issues of cis people from LGBTQIA+ issues then comes in the way of advocacy efforts towards safeguarding the rights of people of diverse sex, gender, or/and sexuality. Gender rights advocacy and activism often do not account for or adequately acknowledge sexual and gender-based violence against them. This can be seen in the resistance to join the fight to provide bathrooms to gender-nonconforming individuals, a proven site of violence against queer communities.

Iran has been rocked by protests following the news of the death of a young woman who was forced to wear a hijab.  Mahsa Amini died in the custody of Iran’s morality police days after being arrested for failing to cover her hair modestly enough. When protests broke out after Amini’s death, 20-year-old Yasi — the first woman in her immediate family to reject the hijab — ran into the streets, waving it in public as a protest against the law of the land.

“I keep thinking Mahsa could be me; it could be my friends, my cousins,” she said in an interview from Tehran, where protests have since raged every night outside her family’s apartment complex. “You don’t know what they will do to you.”

This fear that Yasi speaks is a familiar emotion in South Asia; it is the fear of not knowing what might happen when a gender norm kept in place by the moral police is challenged. It is a fear that is crippling and seeps across generations. One that often ends in death.

Arriving at the right to bodily autonomy

Women in Iran are using their bodies on the streets using a truly gender transformative approach, that of reoccupying public space and reclaiming their right to their bodies. Their bodies, in protest are essentially fighting for the freedom of expression. Where sexuality and desire are not free, gender norms will also be restricted. The protests that broke out in Iran reflect this discontent. So, while we all collectivize to stand up against forced hijab rules across social contexts, let us also make the discourse more wholesome by talking about all kinds of bodies that are not allowed to be free.

One might believe that these pan-Asian contexts are disconnected, but they are deeply linked. We are all fighting for the same right: the right to our bodies. And our bodies are not independent of the intersections we are part of. These intersections co-exist and will always co-exist. An individual’s identity is affected by the identities of the communities it is part of. Hence, we cannot dismantle gender norms in isolation without addressing sexuality, desire, caste, class, patriarchy, feminism, or ability. They are threads that intertwine to weave the fabric of society. If one thread breaks, it exposes the weakness of the entire garment, and perhaps this is a good thing.

Sonal Giani is a Senior Technical Advisor at the International Planned Parenthood Federation, South Asia Region. She is an LGBTQIA+ Rights activist based in India. She has been defending the rights of LGBTQIA+ persons through the support groups Yaariyan and Umang for over a decade.