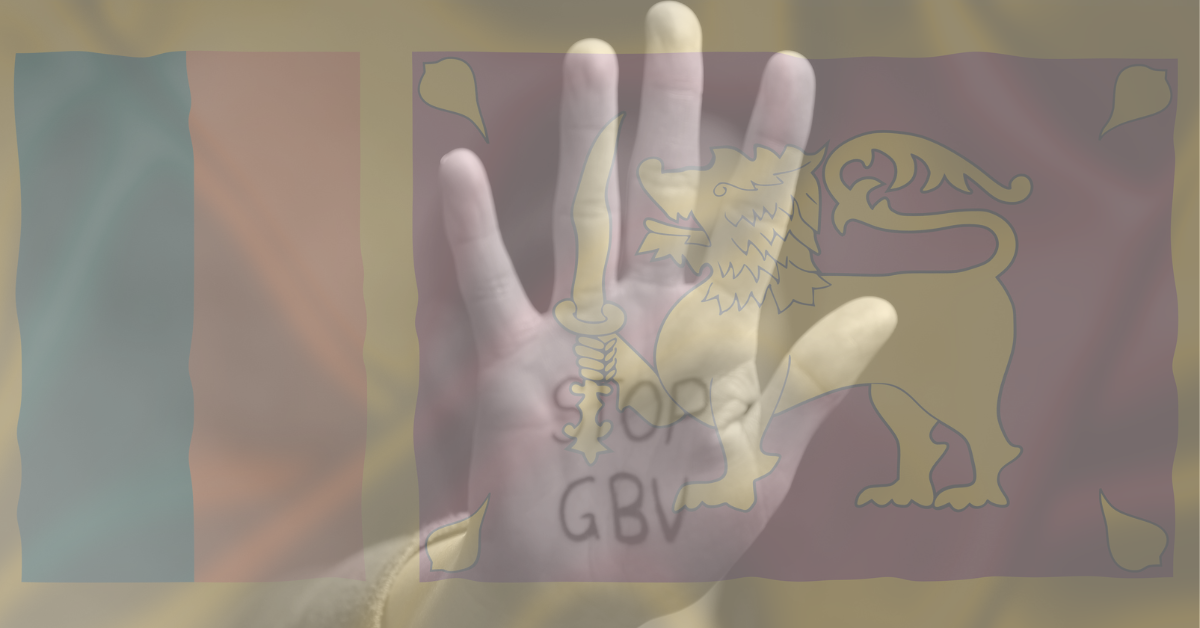 The Diary of a Young Sri Lankan Woman : Gender Based Violence on the Rise

"Stress, anger and anxiety are at an all time high, and the rise in the probability of sexual and gender based violence has increased with them," says a young woman from the island nation of Sri Lanka.

It’s been a month or so since my country entered crisis, and every day since has been more chaotic than the last.

As a young woman, I grew up in a family that had its fair share of arguments, but never ones that resulted in physical violence. My father, though short-tempered, had sworn to never indulge in physical violence and abuse, and held onto his promise. Domestic violence was a subject I had seen statistics of - but never witnessed at close quarters.

When my sibling narrated a story of being witness to a recent case of intimate partner violence, I was shaken. She told me of how she had watched petrified as her friend’s partner assaulted her on the backseat of their vehicle. The story sent shivers down my spine. A day after this incident, I was on the road back home from work when I encountered a man physically assaulting a woman in the middle of the road. My friends and I had to intervene and separate the raging man from the sobbing, injured lady on the ground. We managed to get her to a nearby hospital.

I’ve had conversations with most of my friends, and they all have similar stories to tell. Stories of brave people who’ve survived cases of intimate partner violence. Stories of “My friend’s dad assaulted her mom last night” or “My uncle and his wife are always on the verge of violence because of their financial issues”. These stories seem to be becoming more frequent, of late.

The prevailing economic situation and the political unrest in the country seem to be widening gaps and exaggerating vulnerabilities. Stress, anger and anxiety are at an all time high, and the rise in the probability of sexual and gender based violence has increased with them.

It’s a fragile situation. I now find myself having to think not just of my well-being, but those of the brave men, women, and people of diverse gender-identities who are increasingly facing gender-based violence every day.

I hope the tensions in the country will ease, and the anger and frustration will ease with it!

Sri Lanka is an island nation in South Asia that is currently experiencing its worst economic crisis in decades. Access to basic necessities such as food, health-care and security grows lesser by the day. The country is facing sky-high levels of inflation, and is under severe political and economic unrest. This first-person account details the experiences of a young Sri Lankan woman during this strenuous time.