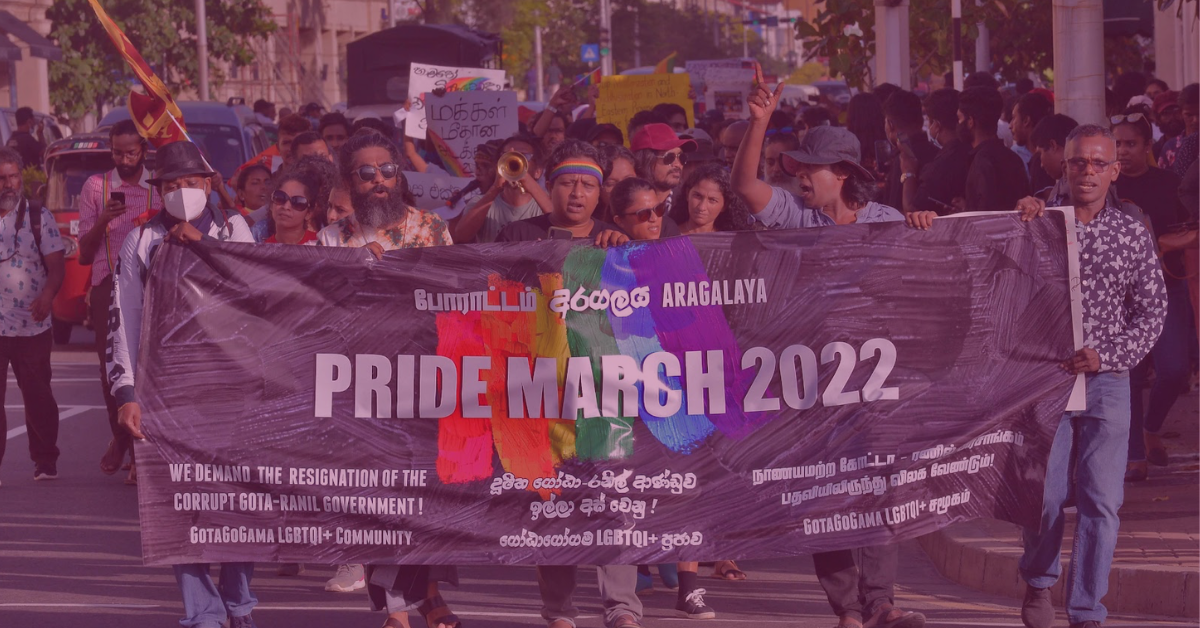 The Diary of a Young Sri Lankan Woman : The Crisis and Pride

"Some of my best friends are from the LGBTQ+ community, but haven’t been able to fully celebrate pride this year," exclaims a young woman from economically challenged Sri Lanka.

Sri Lanka has never been the most accepting of LGBTQ+ individuals. My people aren’t completely open to the ideas of same-sex intercourse or marriage, yet. The concept of pronouns and diverse gender identities remains foreign to many.

I know we have made some progress, but things seem to be stagnant since the crisis started.

Some of my best friends are from the LGBTQ+ community in Sri Lanka, but haven’t been able to fully celebrate pride this year.

People are always on edge, bringing out their worst selves. Any problem that isn’t related to the economy or standard of living is swept under the rug.

My friends from the community say that their problems are thought to be inferior or irrelevant. Their ostracization considered a lesser evil than increasing inflation, or the queues at the gas station.

“I know I should be thinking about the crisis and how hard it is to afford things,” says one such friend (he/him),”but seeing the way a Sri Lankan reacts when I step into a shop with my colored nails and colourful attire makes me feel a hundred times worse.”

Things unfolding this way hasn’t helped their mental health, either. The crisis has taken a massive toll on the mental wellbeing of all young people, but an even worse one in those from the community.

Apart from the general uncertainties and worry, their hopes for a more accepting Sri Lanka have dwindled away.

“It’s harder in the workplace now,” says another (they/them),” even my request of my coworkers to refer to me using desired pronouns is seen as an added complication. People say there’s bigger problems on the horizon than being sensitive in the workplace.”

Even the most recent pride parade organised last week was heavily scrutinised by the public. “Nonsense”, they said, “This is unnecessary and not something we need right now.”

As an ally to the community, it breaks my heart to hear such stories. Sri Lanka may be in a crisis, but that doesn’t make working towards equal rights any less important.

Sri Lanka is an island nation in South Asia that is currently experiencing its worst economic crisis in decades. Access to basic necessities such as food, health-care and security grows lesser by the day. The country is facing sky-high levels of inflation, and is under severe political and economic unrest. This first-person account details the experiences of a young Sri Lankan woman during this strenuous time.