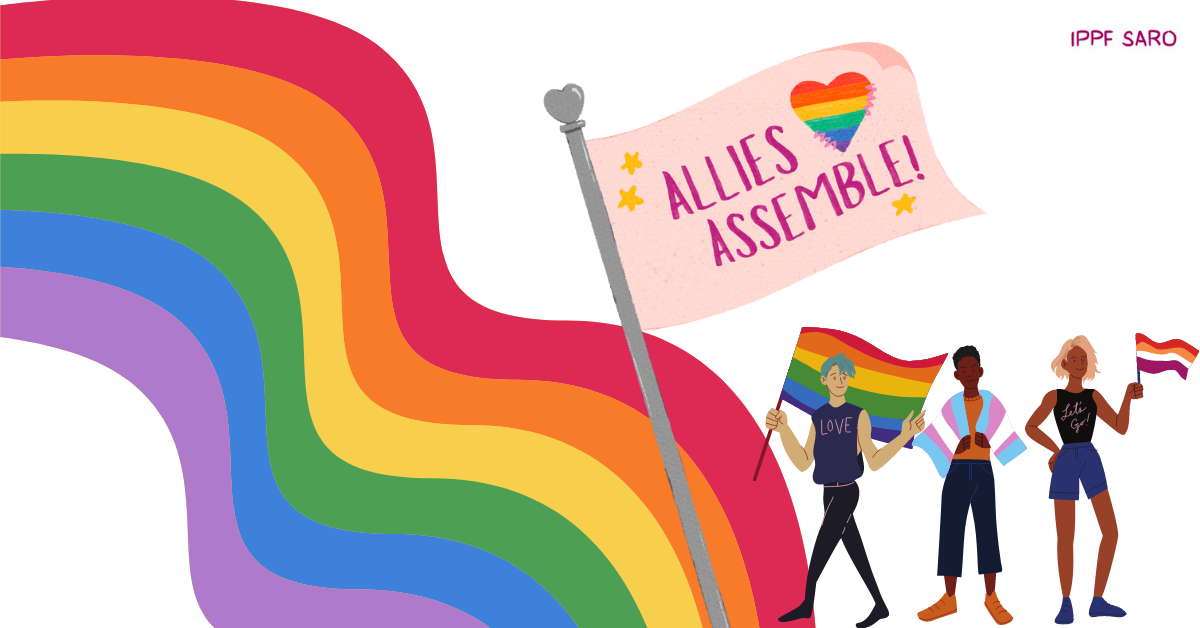 Combatting Homophobia, Transphobia and Biphobia : Five ways to be a better “Ally”

Today is the International Day Against Homophobia, Transphobia and Biphobia. We are choosing to celebrate the power of love this 17th by helping you be a better Ally!

What is Homophobia, Biphobia and Transphobia?

Homophobia is the fear, mistrust and genuine dislike of those who identify as lesbian, gay or bisexual. If this dislike is towards those of bisexual orientation, we call it "Biphobia". "Transphobia" refers to similar attitudes - but this time, directed towards Trans people.

An ally is someone who helps make the world around them better - usually through support and encouragement. In this case, we are referring to people who are heterosexual and/or cisgender that support those of the LGBTQ+ community.

Being an Ally is an important part of helping the members of the LGBTQ+ community access equal rights. Being a minority, they need majority support for real change to take place. This is why your help and support is of most importance.

How do you become a better Ally?

Talking about sex, sexuality and LGTBQ+ topics is taboo in most parts of South Asia. This makes your job as an ally somewhat difficult, but all the more important.

Accept that to be a supporter of the community, you will have to be uncomfortable. You will have to have difficult conversations with people who aren't as open minded. Criticism and disagreement is sure to follow you. Don't let this reality deter you. Allow yourself to be comfortable being uncomfortable. This will help you in more ways than one!

For example : Choose to have a conversation with your cultural parents about different sexualities - even though it won’t be the easiest conversation to have.

To be a better Ally, you need to be better-informed.

Do your own research on the history of LGBTQ+ rights, definitions, use of pronouns and language. Learn about homophobic language used in your community. Talk to members of the community. Understand practices that may be discriminatory towards them. Use the internet and any other resources at your disposal.

3. Be careful with your language

South Asia is a region full of diversity. With this diversity in culture, comes a variety of languages. From Hindi to Bengali to Sinhalese and English, millions of people speak them on a daily basis.

With so many languages being used around you, its easy to miss the subtle homophobic slurs and insults thrown around on a daily. You may be unknowingly using harmful phrases and words simply out of ignorance.

Words considered “harmless banter” can have a negative effect on the lives of someone from the LGBTQ+ community.

Don't be ignorant with the language you use. Practice care and caution.

To truly care about an issue that doesn’t directly affect you, you need a well developed empathy muscle.

You might not be directly affected by wrongful homophobic slurs, stares or attitudes - but that doesn’t mean it doesn’t exist. Homophobia, biphobia and transphobia is a very real issue leading to serious mental health complications in those from the community.

Understand this, and lead with your heart.

Education and practice isn’t all there is to being a better Ally. You can also choose to influence others.

Use your voice and social platforms to openly showcase your support. Speak up when you see injustice - wherever you see it. If your friends are using homophobic slurs, stop them. If your family is ill-informed on the use of pronouns, educate them. Talk to members of your community about the struggles those of the LGTBQ+ face. Invoke empathy in others.

Remember that your voice matters - and use it wisely!